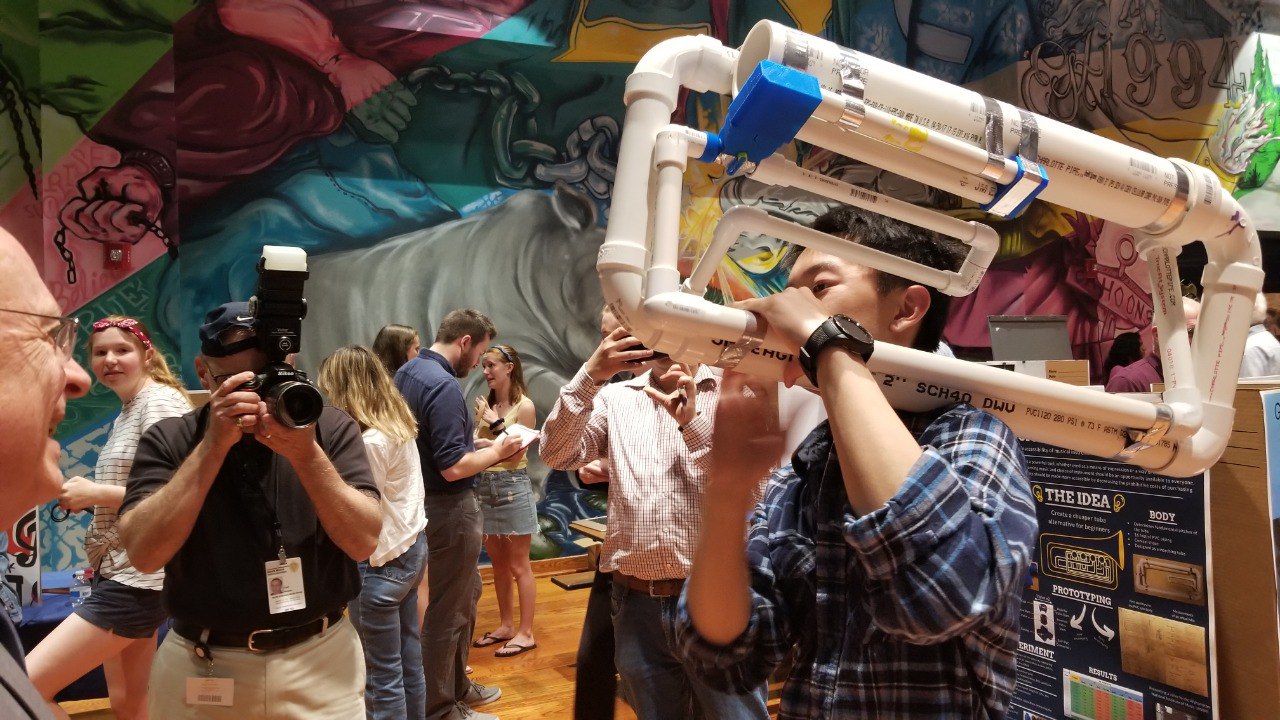 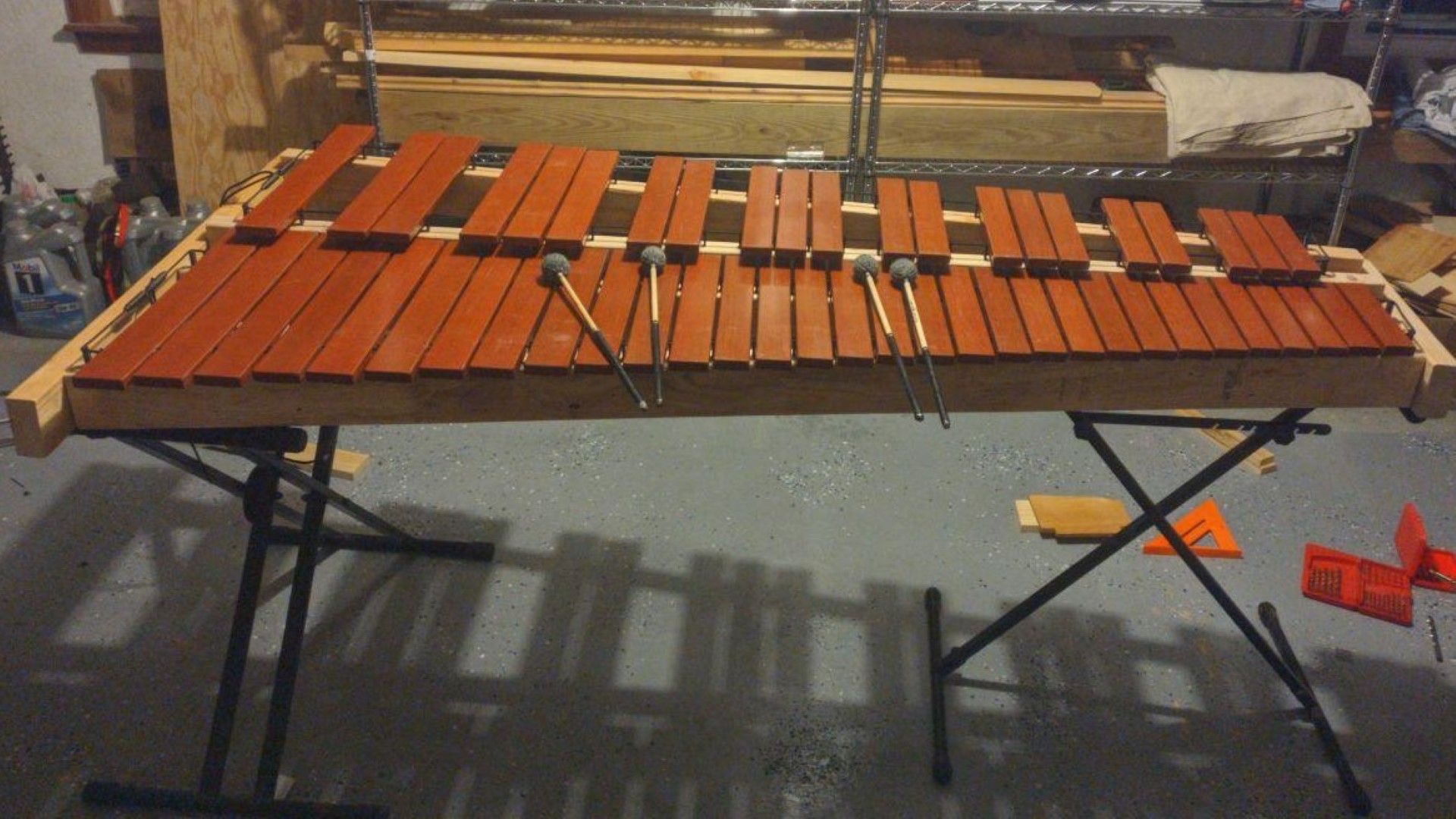 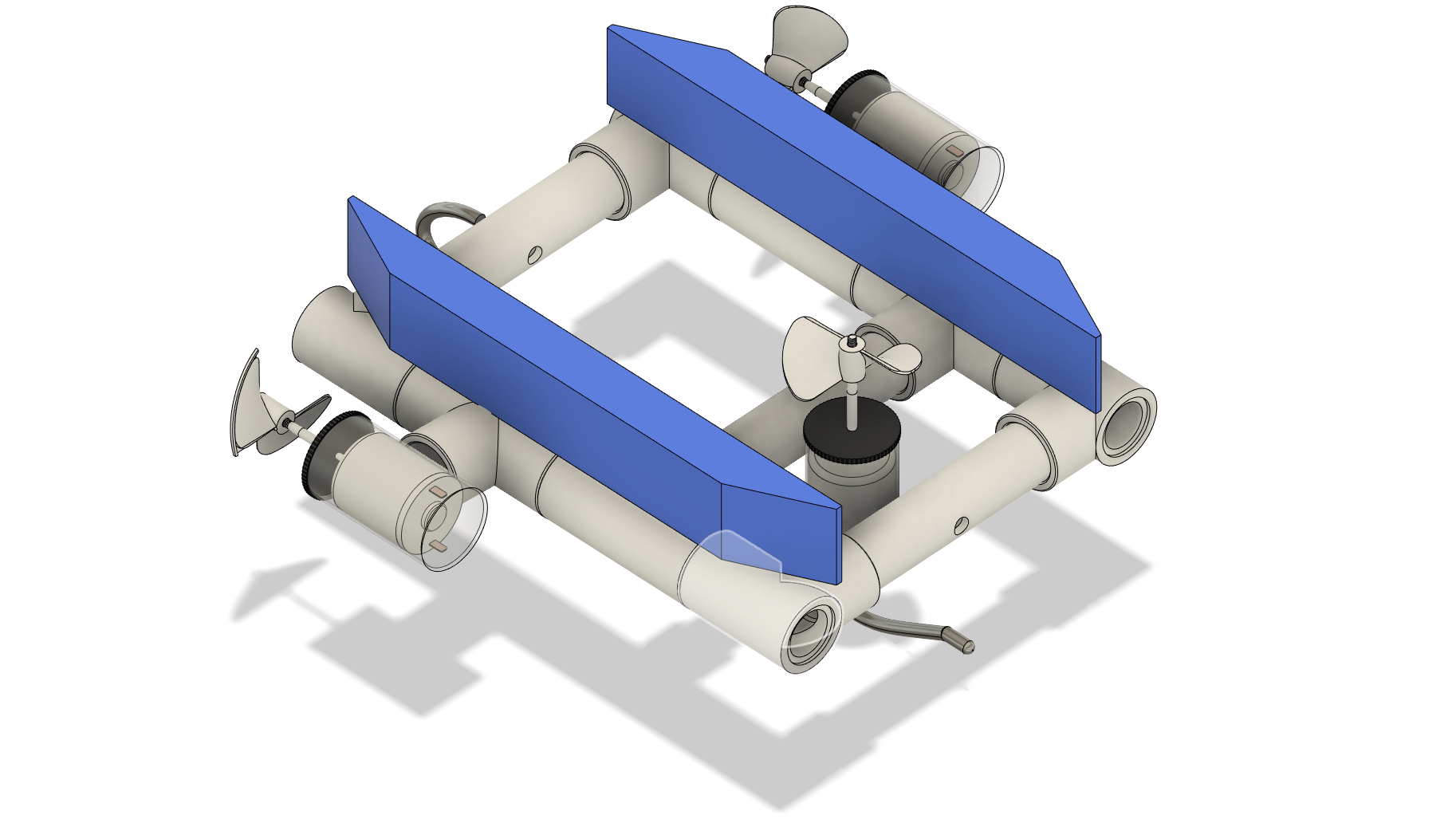 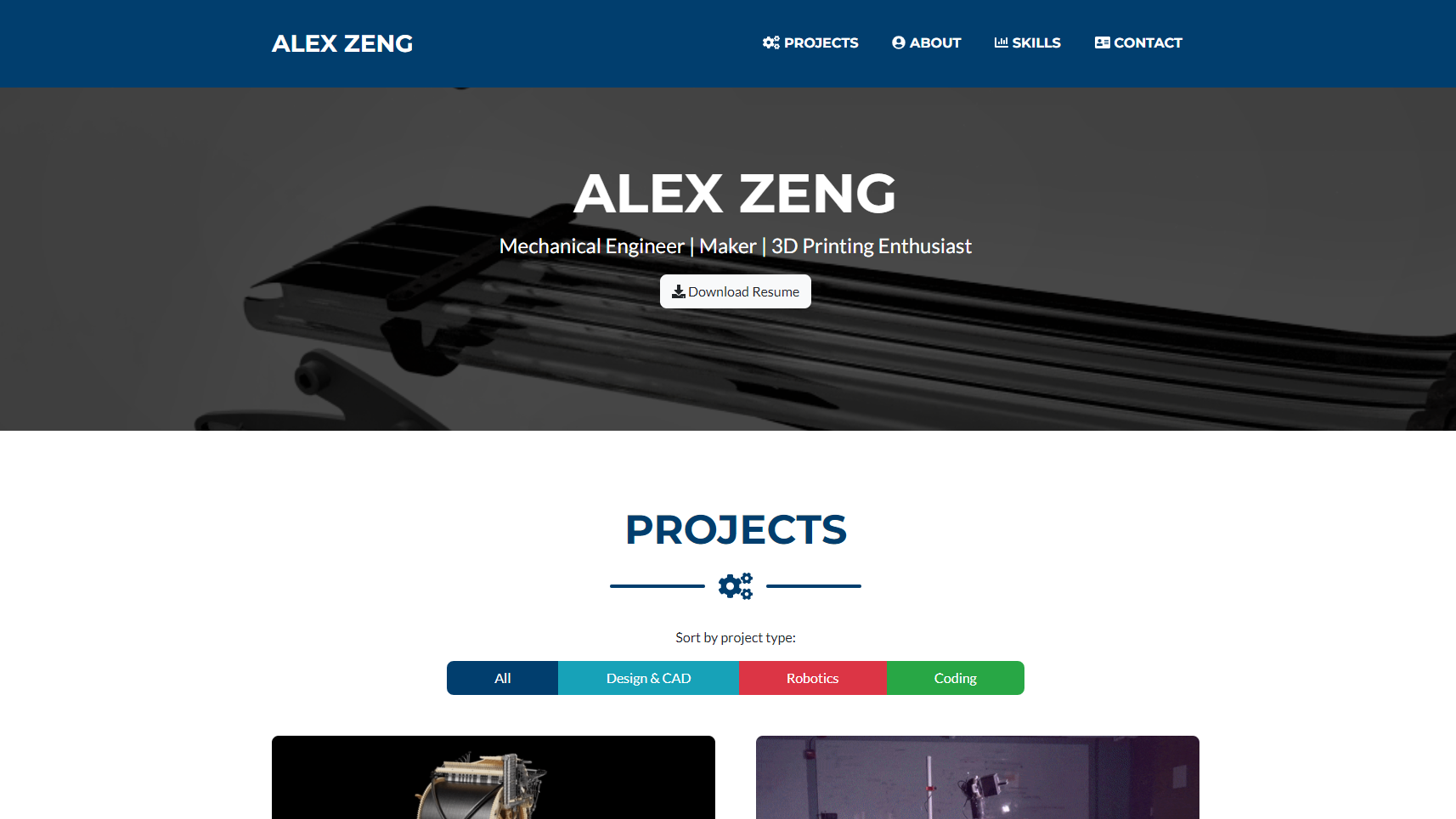 An online collaborative effort of 140+ volunteers to optimize the loading of a 6,000+ part assembly, pushing the limits of Fusion 360 and requiring a massive PDM database to manage.

The Marble Machine X (MMX) has been crazy musician Martin Molin's dream for the past 4 years, and I've been following along his journey on YouTube since the release of his first Marble Machine back in 2016. These kinetic machines use dropped marbles to strike various instruments and play music. When he announced in June 2020 that he was looking for CAD help from the community, I instantly jumped in and I haven't regretted it one bit. 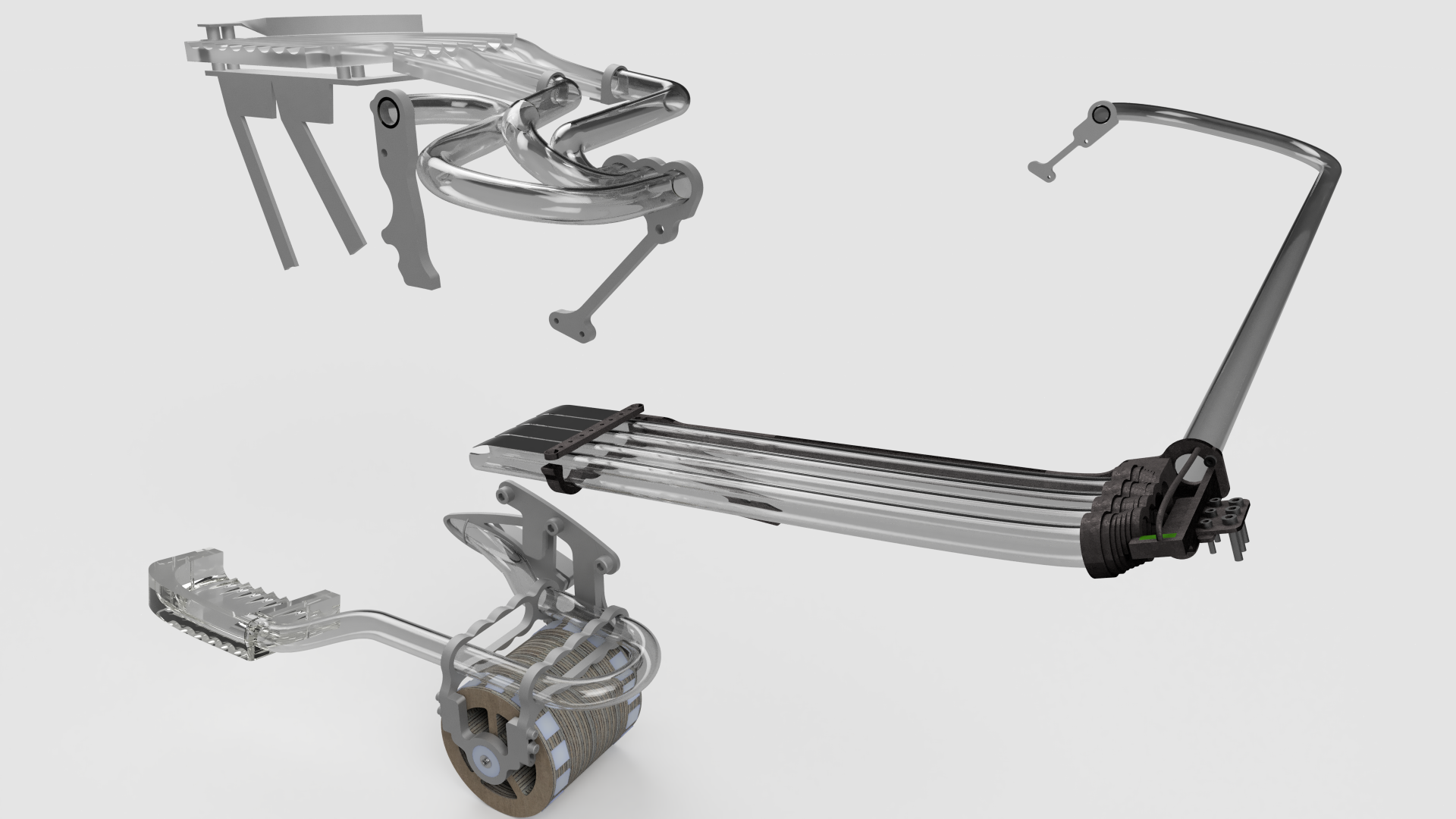 The MMX is modeled in Fusion 360, originally incorporating every bolt, screw, and nut that would be used in its mechanical construction. This, however, is resource-intensive and taxing for Fusion 360 to run, so the CAD team's main goal has been to defeature the assembly by removing unnecessary parts and simplifying modeled features. This process is intended to lose data on the parts, since the main priority of this first phase is to reduce loading times for the master assembly.

A Pan Around the Drum Marble Track

A Pan Around the Demagnetization Wheel

A Pan Around the Divide By 4 Mechanism

A sandbox that uses a projector, Xbox 360 Kinect, and powerful computer to project an augmented reality topographic map on the sand's surface.

The Augmented Reality Sandbox (SARndbox) is a project originally created by a team of motivated students at my high school, which was showcased at the LearnLaunch Conference at Harvard in 2016. Since then, it was sitting unused and the Director of Strategic Innovation wanted to bring it back to life with modification that would allow frequent usage during school hours.

CAD Model of the SARndbox in an HDRI Studio Environment. Fusion 360 model can be found here. 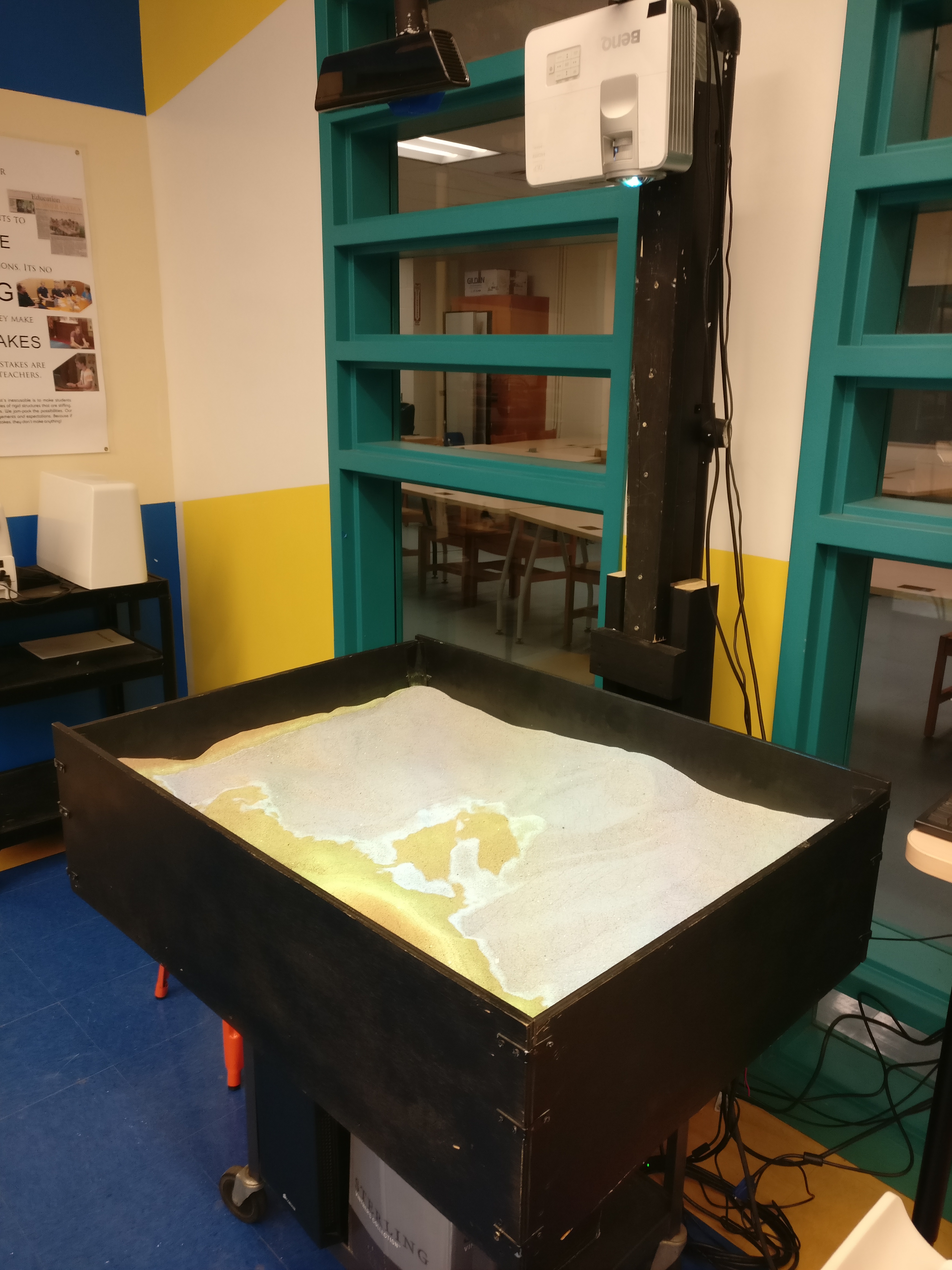 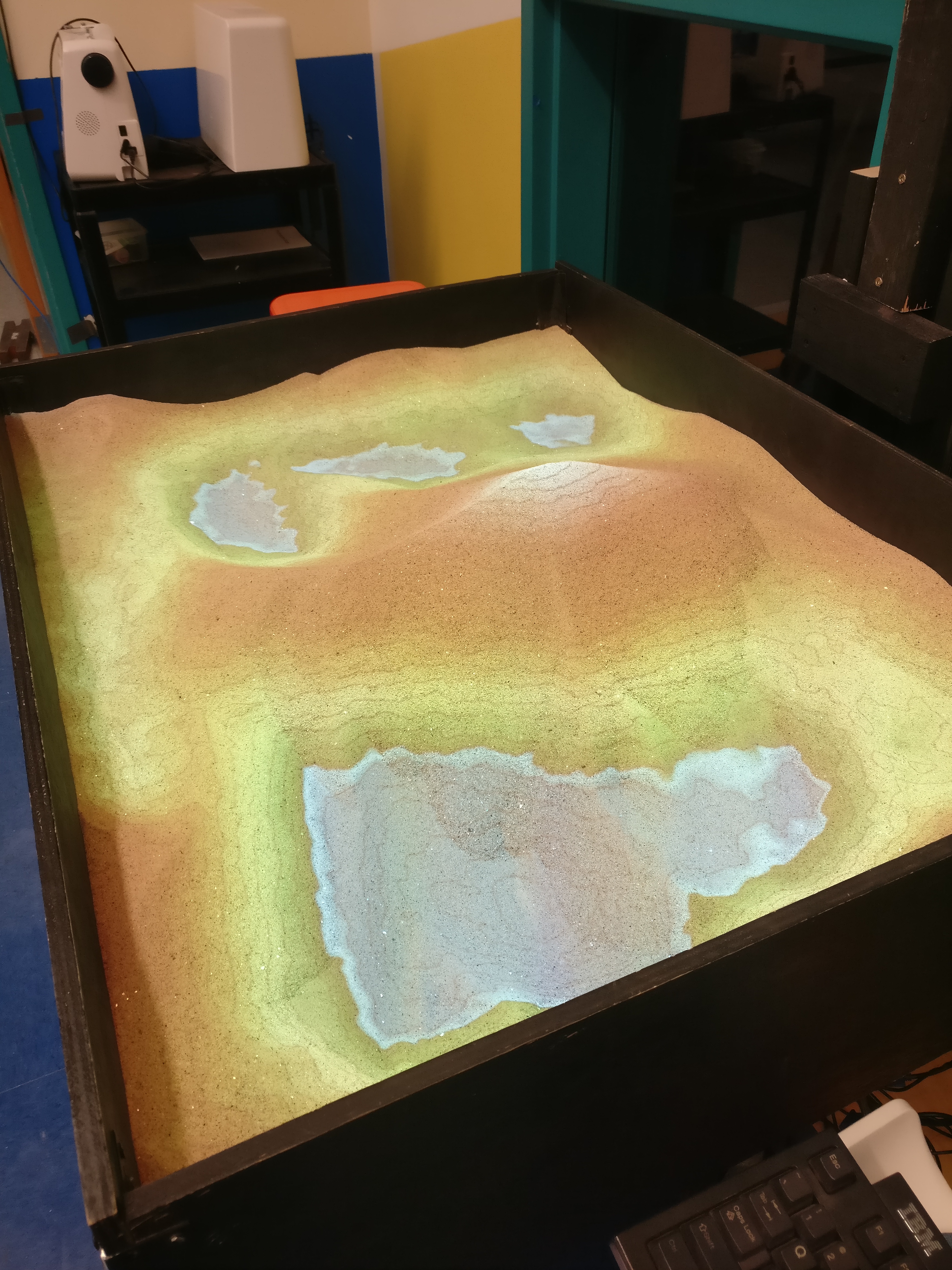 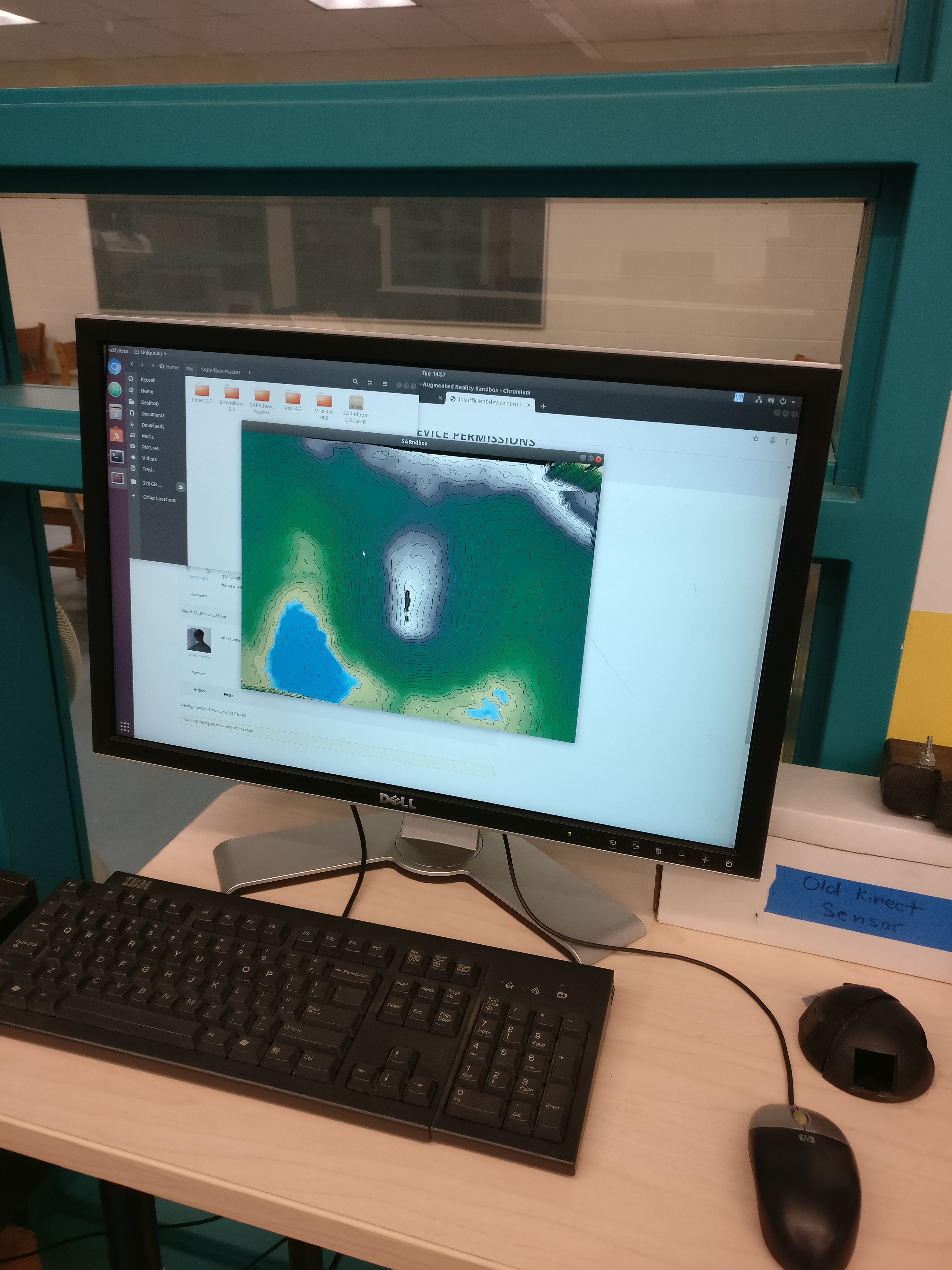 Images of the Augmented Reality Sandbox. Leftmost is a full view of the sandbox, middle is a closer view of the sand and topographic projection, and rightmost is the software running on the computer.

The Northeastern Mars Rover Team (NUROVER) was founded in September 2018, originally with the intention of competing in the following year's Mars Society University Rover Challenge (URC). The challenge requires the rover to partake in tasks emulating Mars' desert-like terrain, such as manipulating tools, interacting with objects, and autonomously navigating rocky terrain, all under a $18,000 budget and 50kg weight limit. More information can be found at the Mars Society's website here.

In the past three years that the team has competed, we've been accepted for field competition all years, achieving our highest Systems Acceptance Review (SAR) score in 2021. Our website can be found here.

I joined NUROVER in the 2020 season as part of the mobility team. This year, the mobility system was comprised of a 6-wheel drive rocker-bogie system. The rocker-bogie system is connected via a bar differential, which ensures that the rover can maintain at least 3 wheels on the ground even when traversing large obstacles. Compared to the previous year, the bar differential is a massive improvement since our implementation of a gear differential had significant backlash issues, rendering the rocker-bogie system significantly less effective. Each wheel is individually powered by a high-torque motor, allowing our rover to scale hilly terrain and slopes of over 45 degrees. 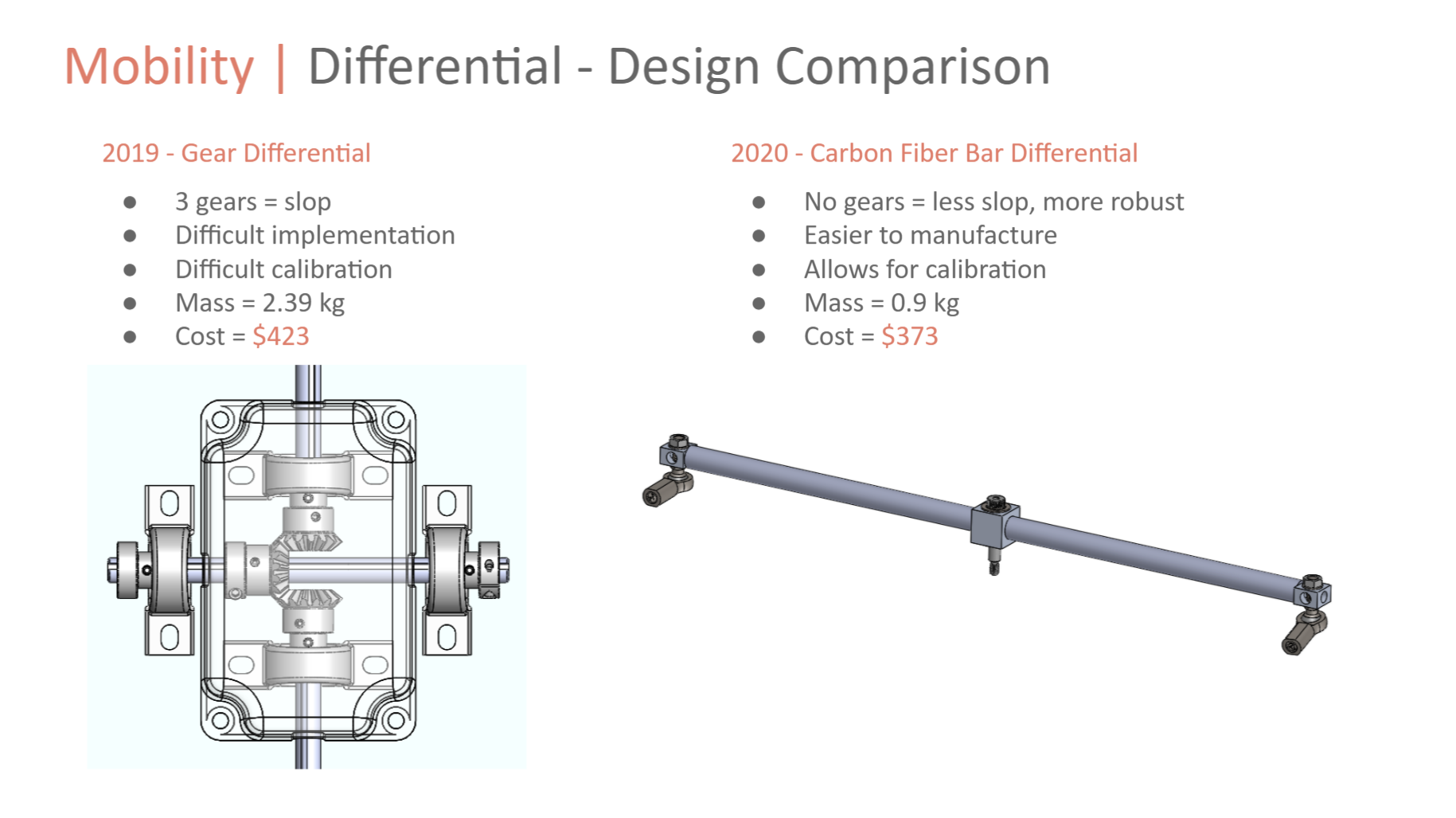 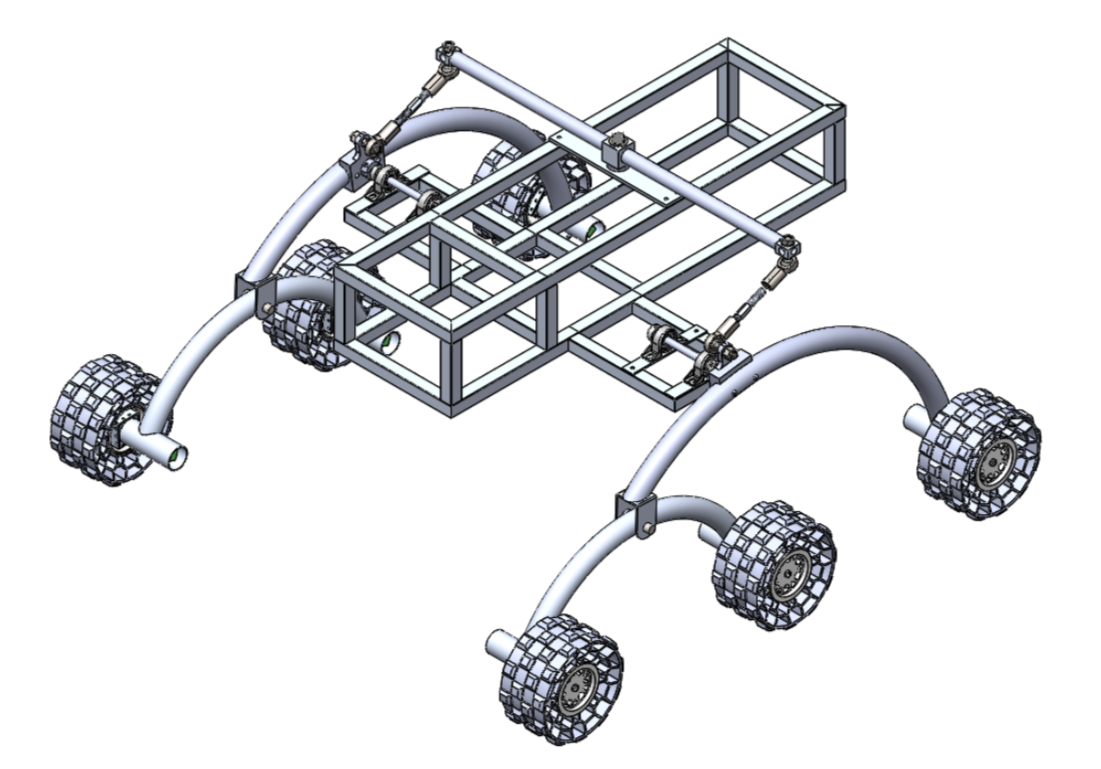 Picture of the 2020 Mobility System CAD

As one of the mobility team leads for the 2021 competition year, my task was to oversee the design and manufacture of the frame of the rover, consisting of both the chassis and the mobility system. However, due to restrictions from COVID-19, the mobility team had limited to no access to university manufacturing or work spaces. Thus, our plans shifted to focus on testing the rover whenever possible and projects that do not require lab space, for example, fabricating 3D printed wheels. 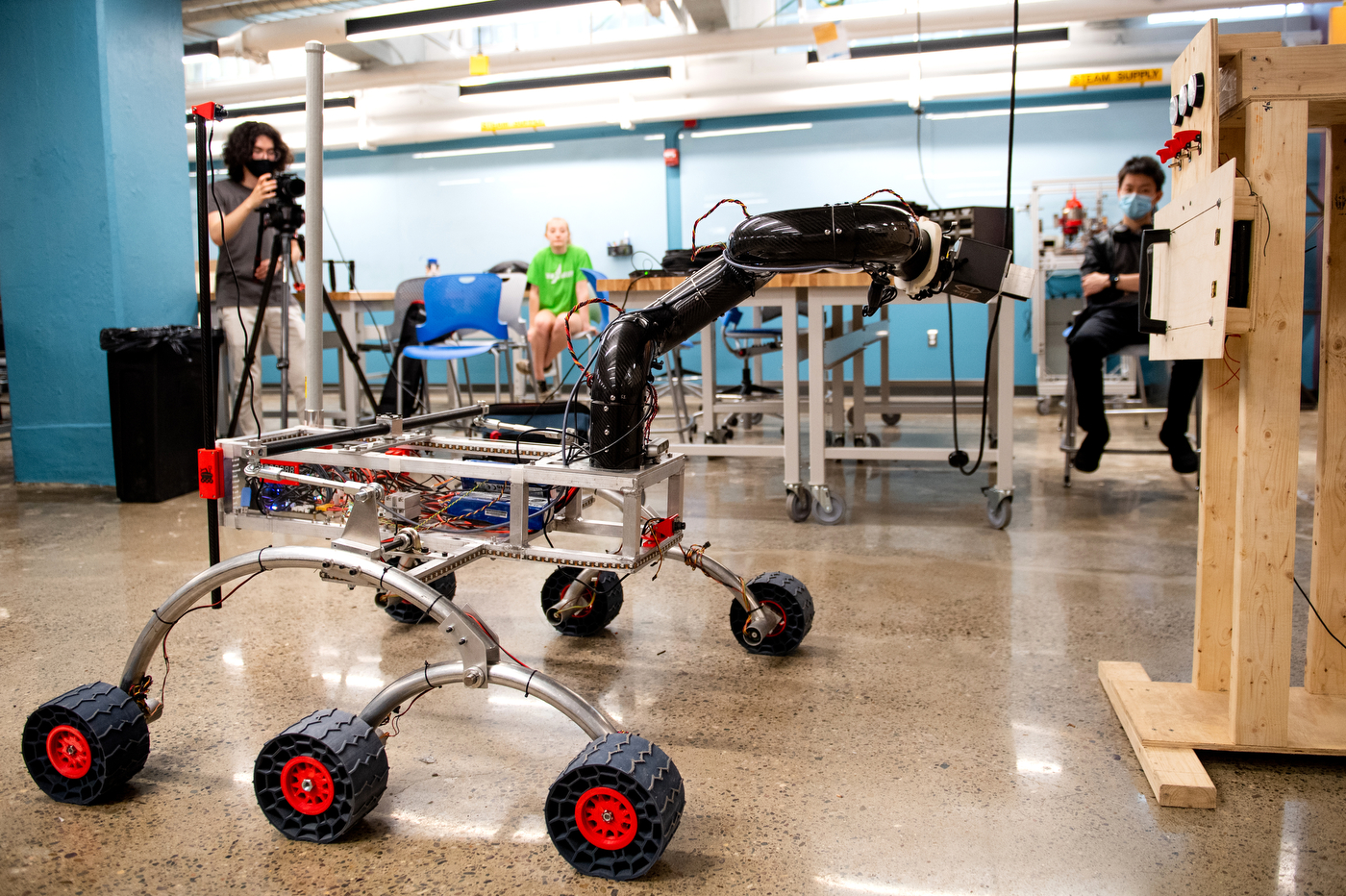 These 3D printed wheels are printed from 95A hardness TPU, which when combined with the honeycomb interior pattern, allow the wheel to be compliant, lightweight, and air-less. After much research into the tread pattern and creating multiple tread prototypes, we opted to go for a design similar to NASA's Curiosity rover. Additionally, using SolidWorks FEA, the maximum Von Mises stress that the wheel endures is less than 0.3 MPA, which is far below the 12 MPA tensile yield strength of the material. 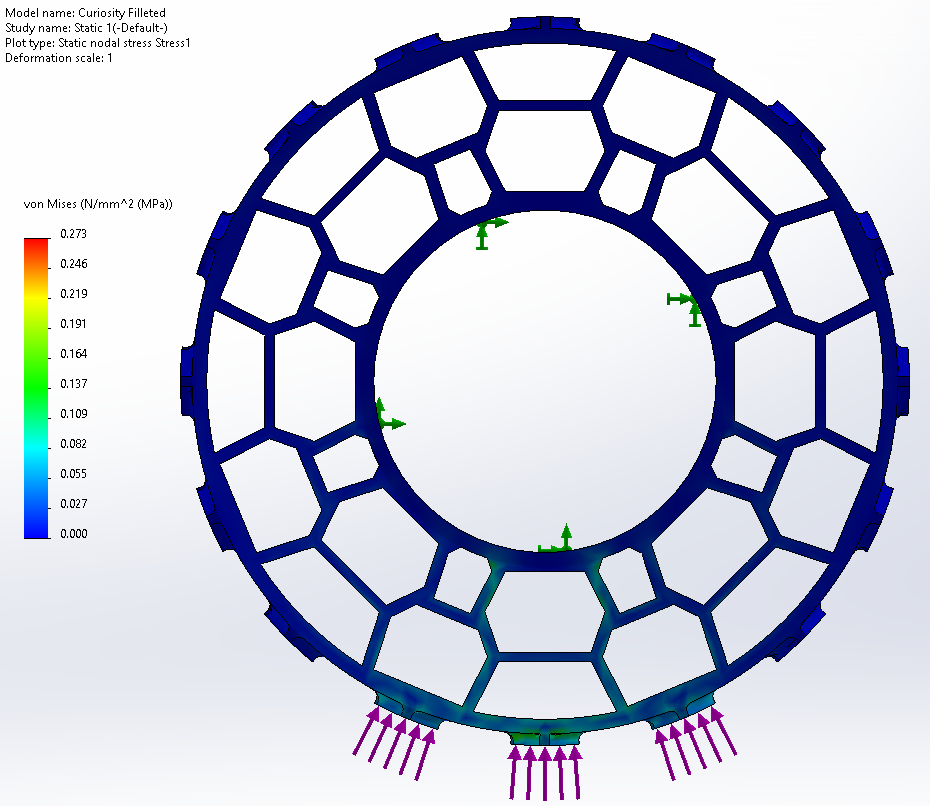 After growing discontent with using the old, weathered tuba lent from my high school, I began to ponder about tubas and their accessibility. The cheap beginner tubas can cost over $1500, so it's not feasible to ask a new tuba player to purchase an instrument that they will outgrow should they choose to continue playing. It would be amazing to have a cheap, beginner tuba...

That's when I thought of combining 3D printing, a technology just entering the consumer space at the time that I was interested in, with other accessible parts to construct a tuba that would be cheap enough for a beginner player to use until they decide whether tuba is for them.

Image of me playing the tuba 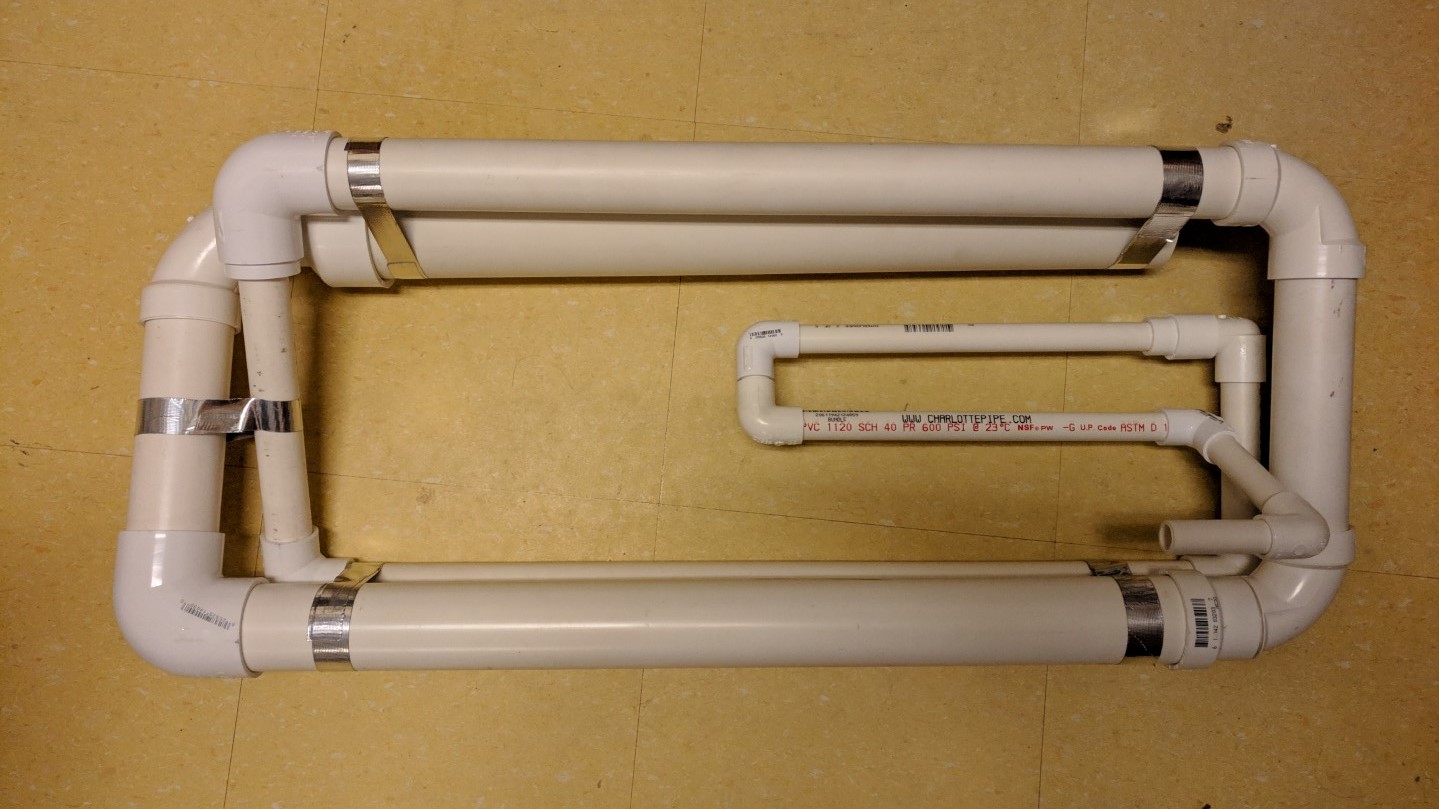 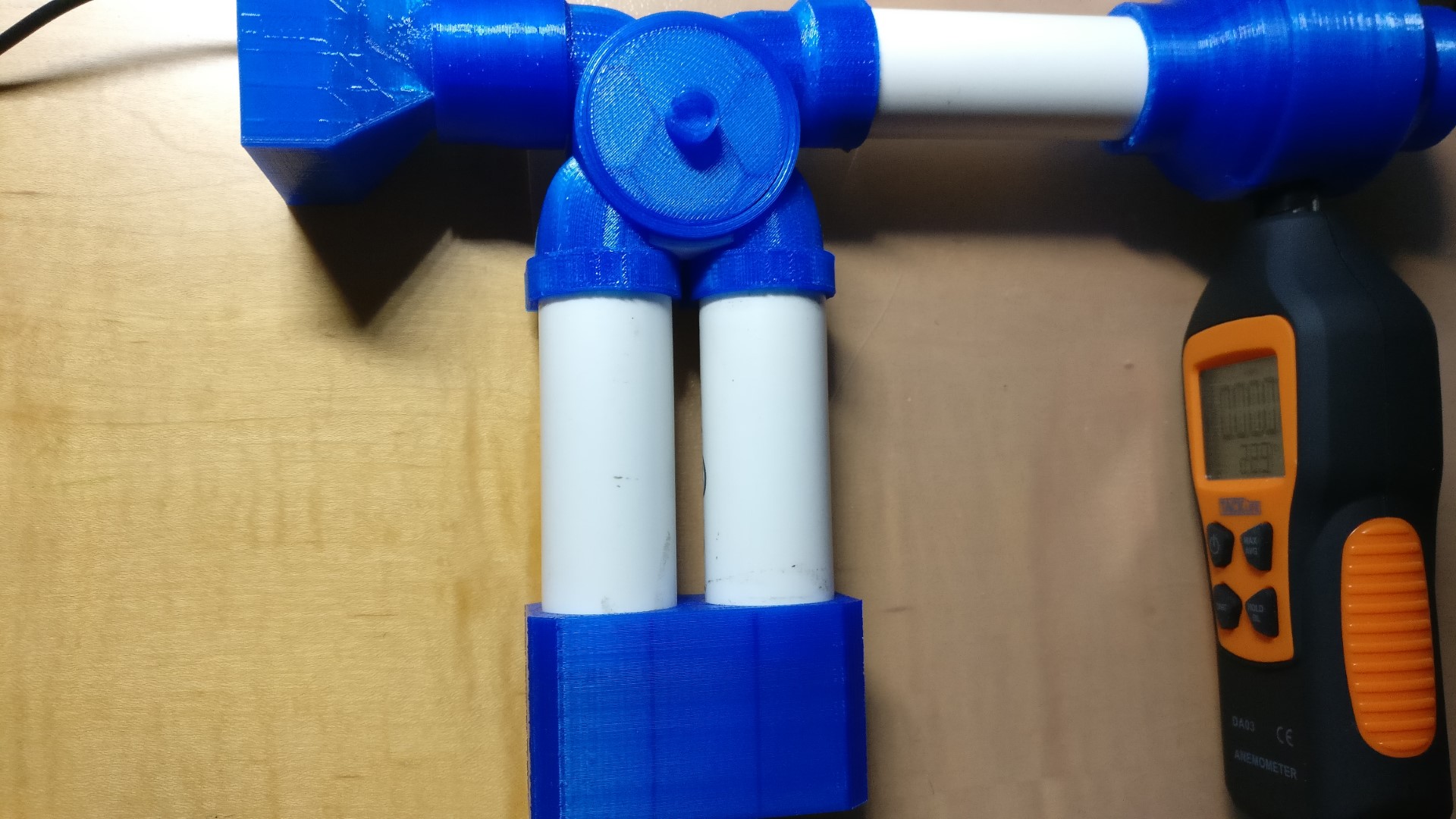 I've always wanted to build my own marimba from raw materials due to being significantly cheaper than purchasing a new instrument. However, I have limited access to tools at my house, so while such an idea is not impossible, it is costly once tool purchasing costs are considered. One day, while browsing a used percussion equipment group, I found a listing for used marimba bars for $800. For context, the cheapest 4.3 octave marimba costs around $2500, with most of the cost coming from the skilled labor required for accurate tuning of marimba bars. I thought this was a great deal and perfect way to get a practice instrument, so I bought the bars and started working.

Image of the practice marimba 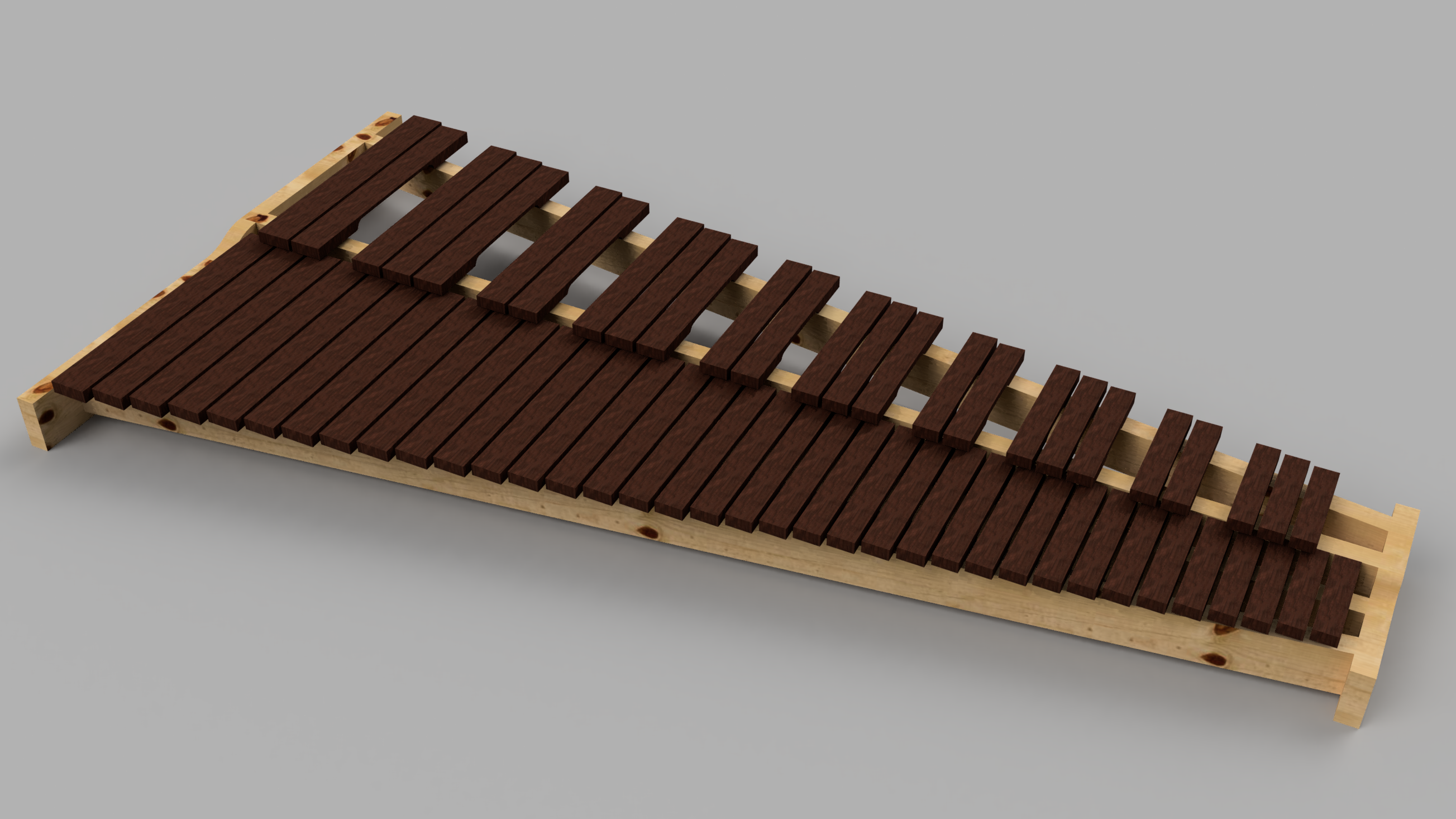 3D render of the practice marimba, modeled in Fusion 360 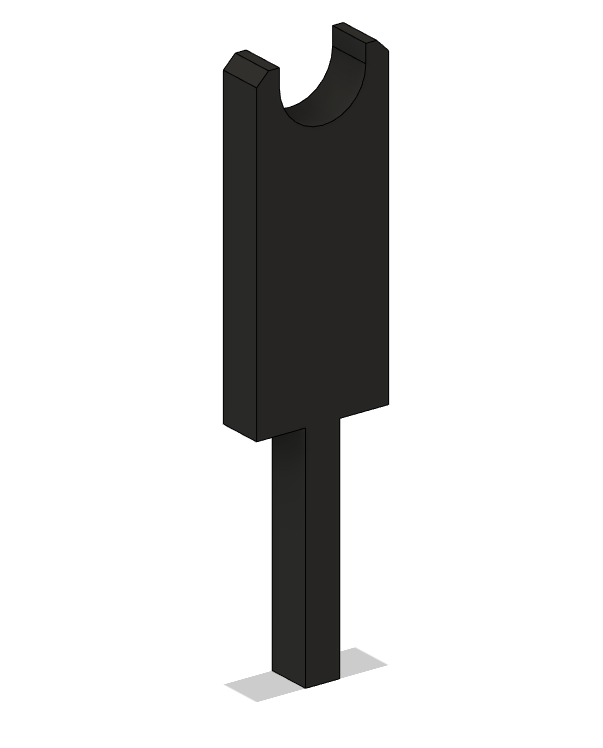 Image of the marimba bar posts

An underwater remotely-operated vehicle (ROV) designed with a limited budget to participate in the International SeaPerch Challenge. 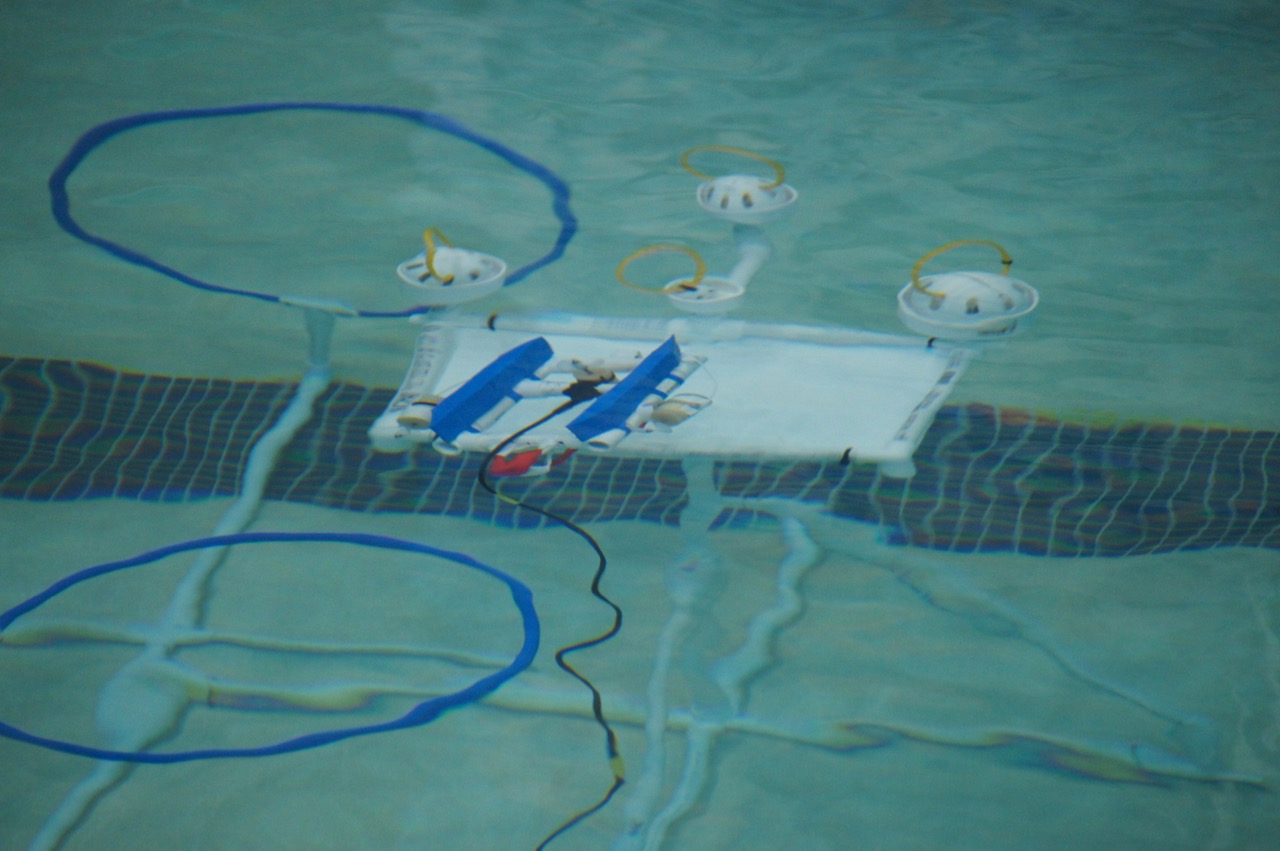 SeaPerch is an underwater robotics competition that uses a budget-friendly remotely-operated vehicle (ROV) to traverse an obstacle course and complete pre-designated tasks, from lifting whiffle balls to opening hatches. The ROV is made using the base kit, which contains their default ROV, alongside $20 for off-the-shelf parts. 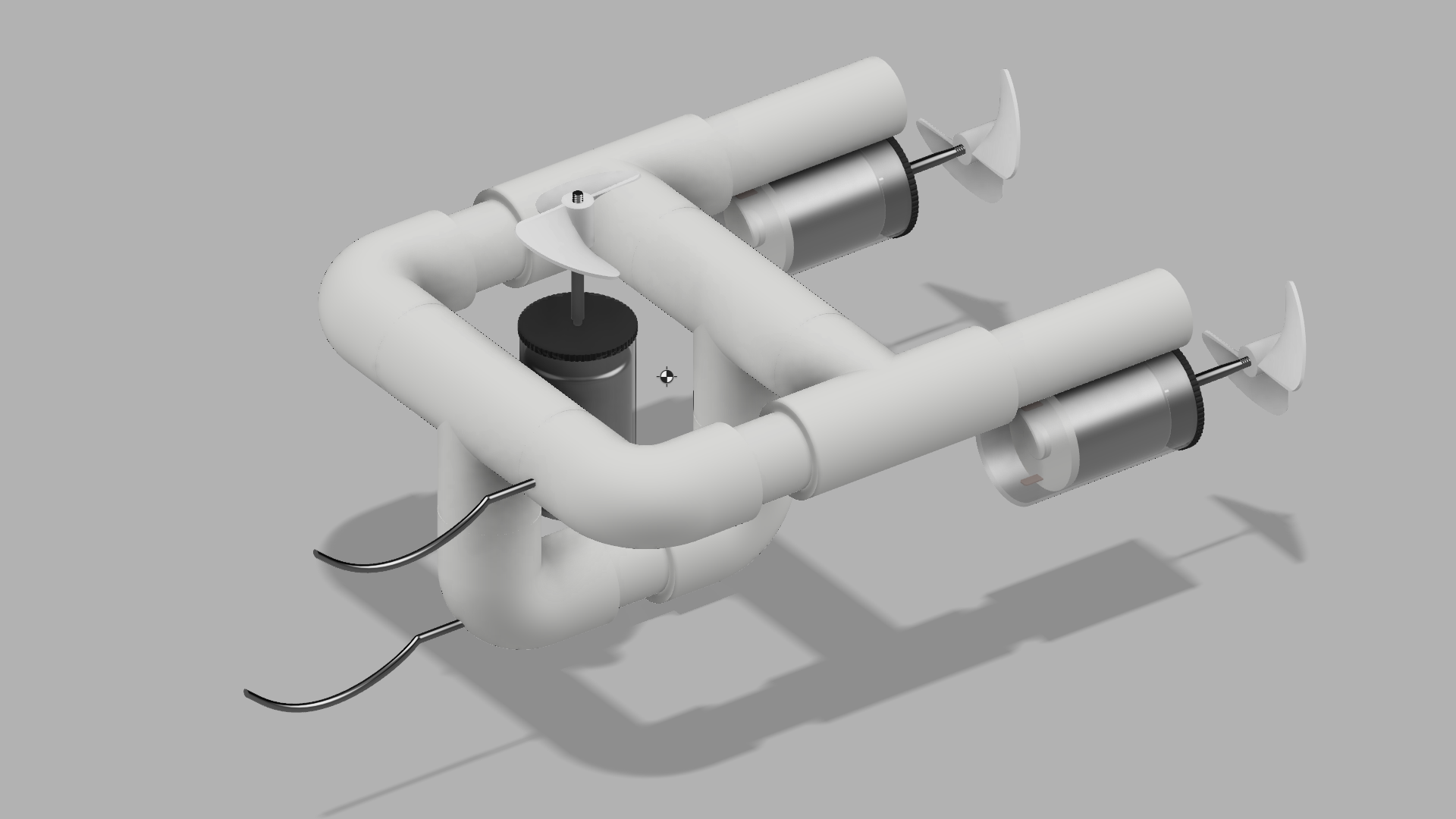 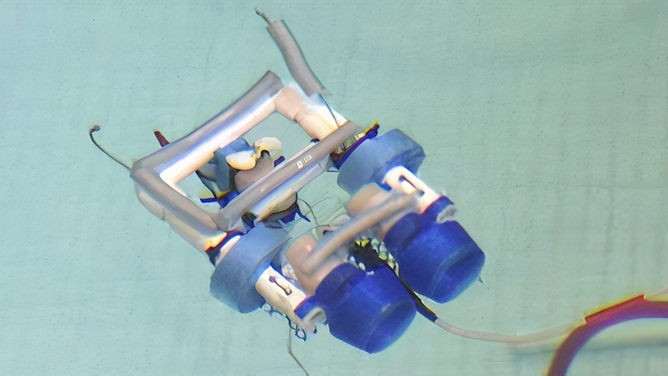 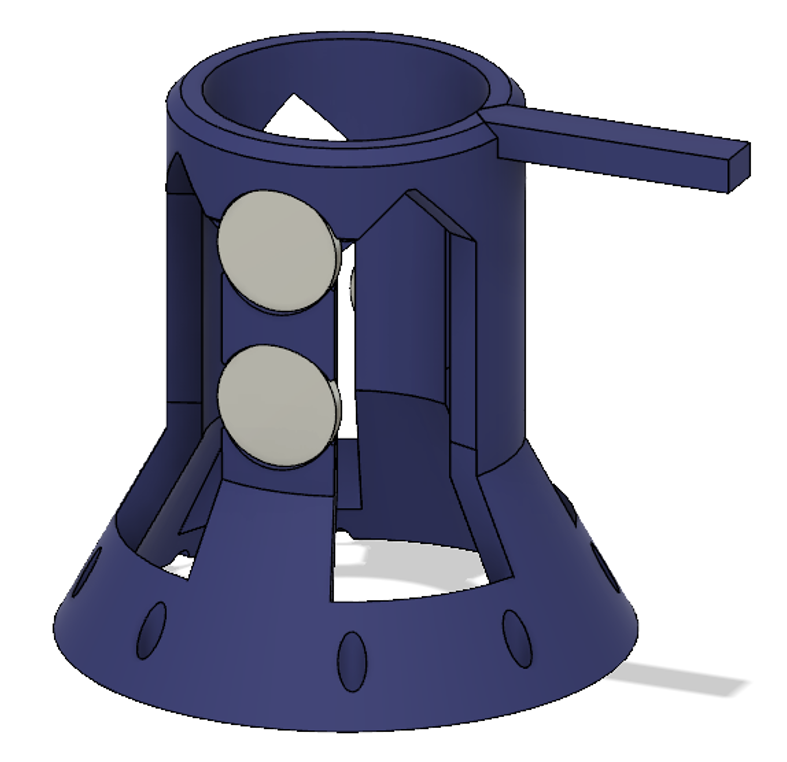 The Database of Safer Solvents (DOSS) 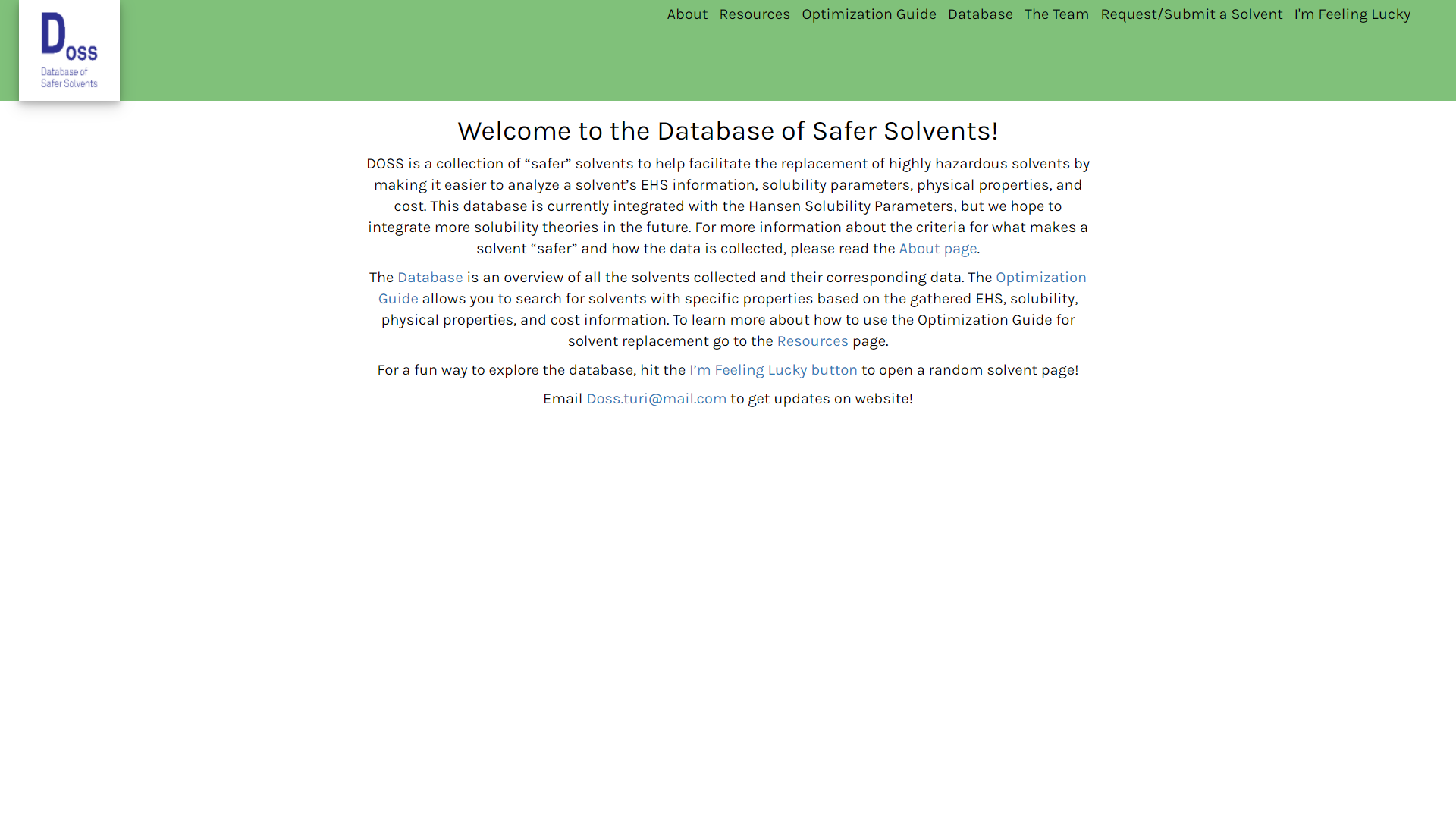 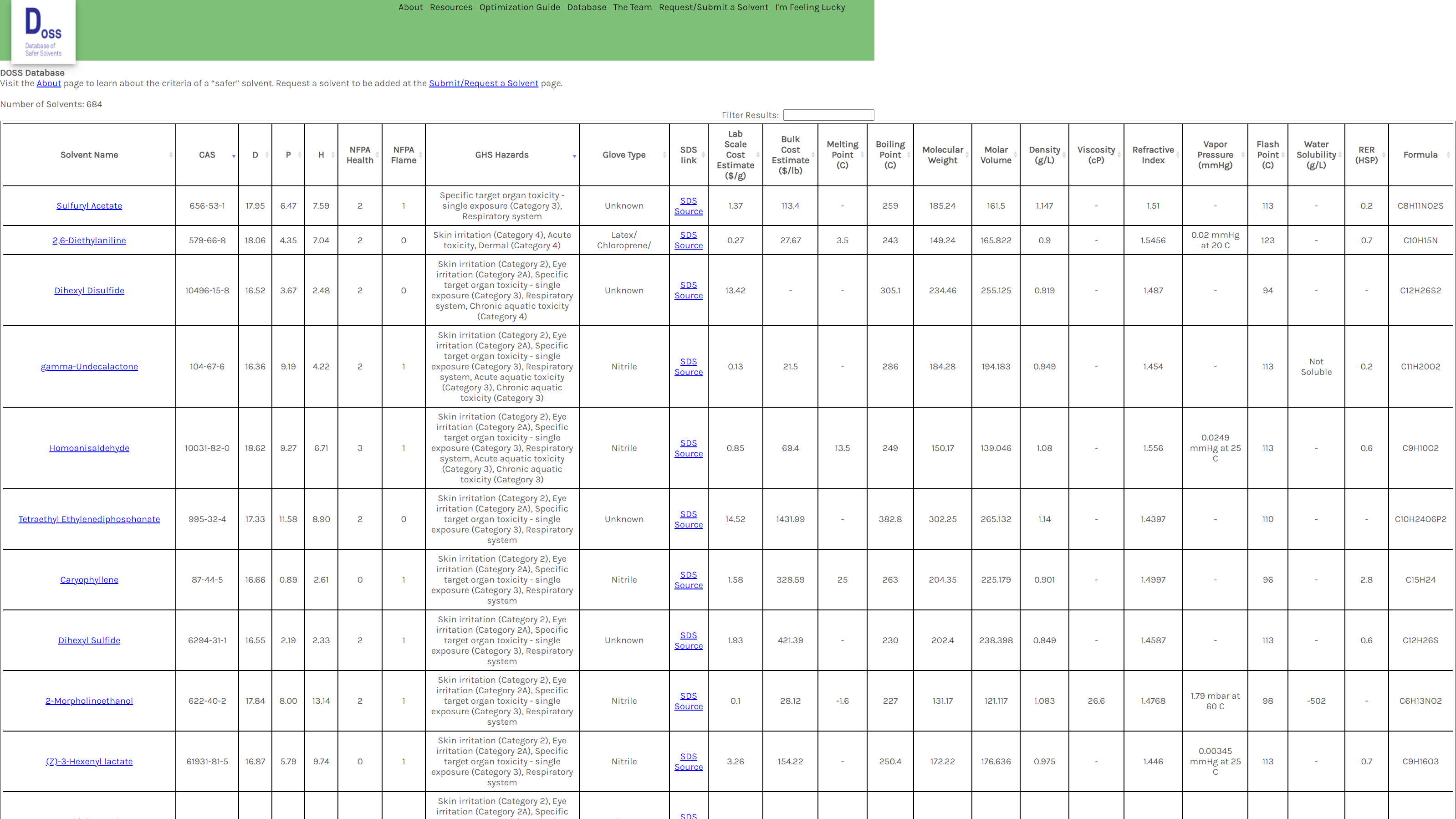 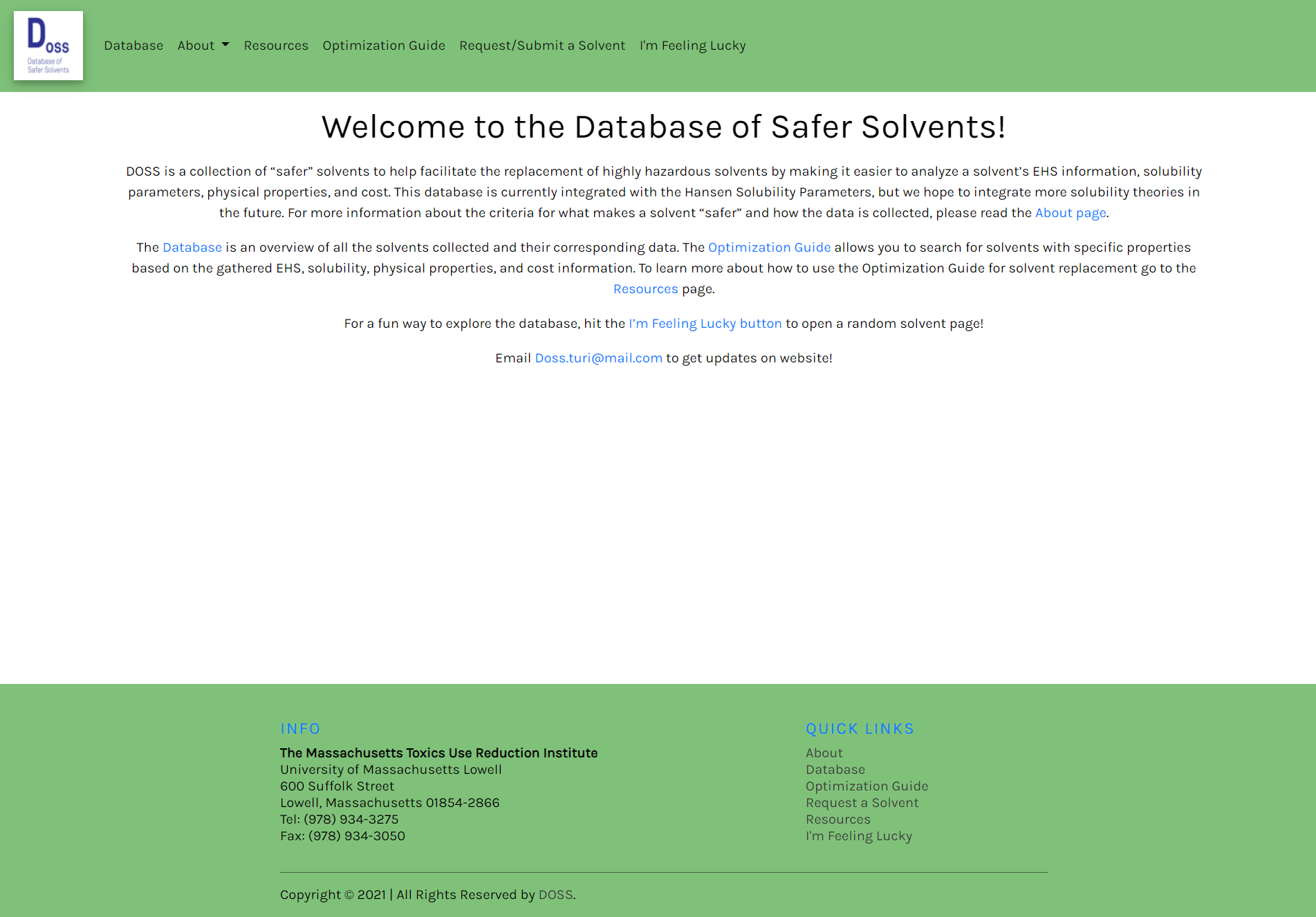 A static website page for my portfolio, hosted on GitHub using GitHub Pages

I'm Alex Zeng, a mechanical engineering student at Northeastern University that is interested in learning as much as I can about mechatronics and mechanical design. When I'm not doing homework or studying, I enjoy making things, tinkering, playing music, and gaming. 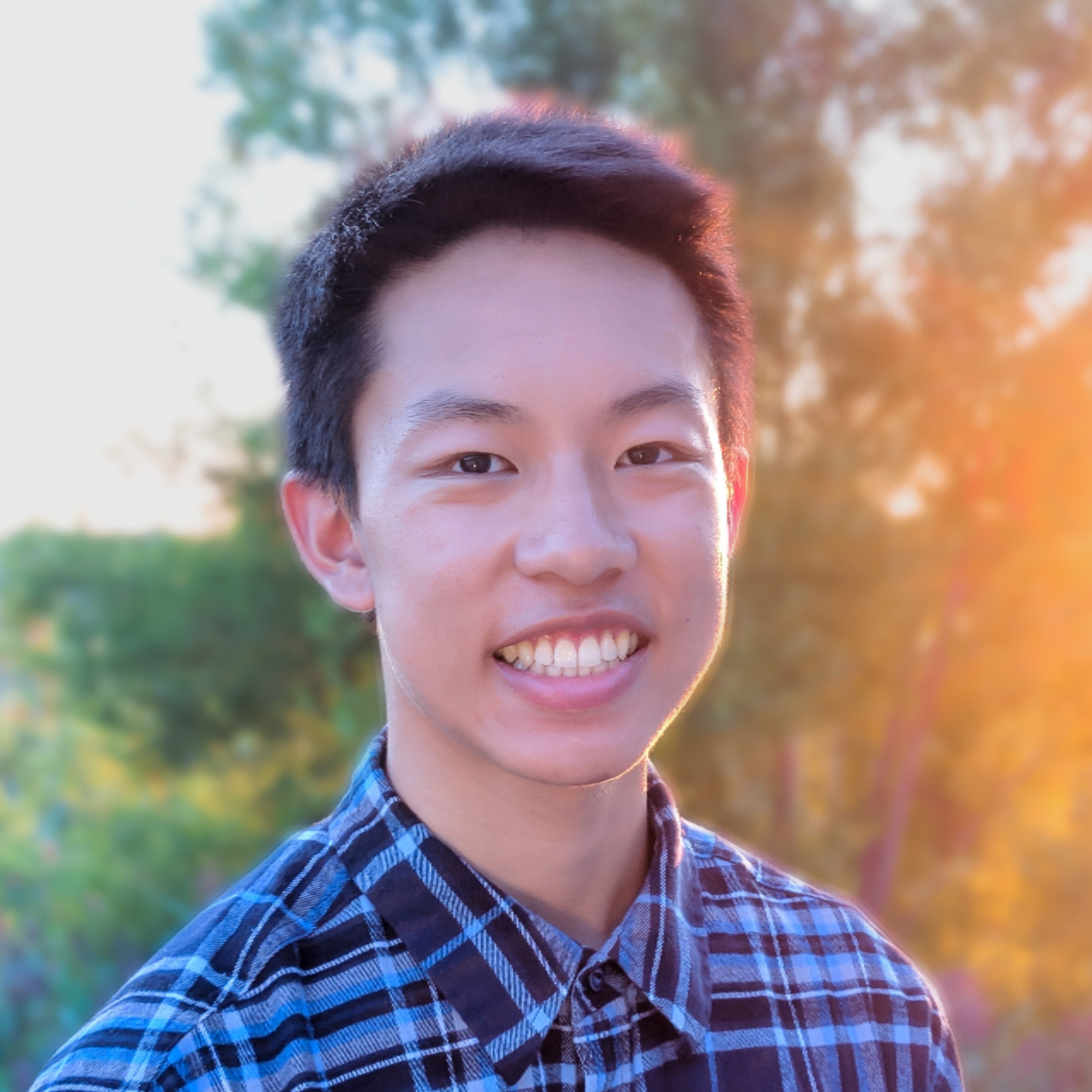